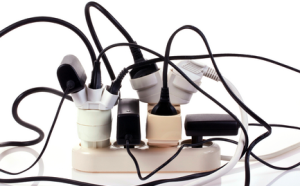 Overloaded Sockets Cause FIRE.
The appliance power ratings shown below are indicative only. We’ve used the highest that we could find for popular household appliances. 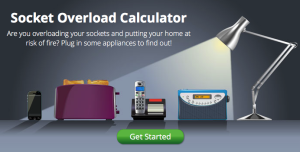 If you are worried about the condition of your electrical installation or fixed or portable electrical appliances, then call Plymouth Sparky.